Everything has brought us here

Home » Everything has brought us here

Everything has brought us here

If you are reading this, you are probably familiar with Clark Park or southwest Detroit. If you aren’t familiar, then it’s not your average park and recreation center. Most parks are managed by a few people and the city within which they are run. They usually have swing sets and playgrounds, maybe they host events, and that’s about it.

One of my first days working at Clark Park, I was walking to my car and talking with the director, Anthony Benavides. We walked past a man sitting in his car listening to music, who promptly greeted Anthony. I was then introduced to this man, named Javier Cuevas, who told me he was waiting for his son. Apparently, not only is his son a regular at the park, but Mr. Cuevas frequented the park when he was younger, too. Mr. Cuevas pointed to a mural on a shed that had paintings of hockey players in colorful outfits. “I helped paint those when I was around 10 years old,” he said. “Yeah, I used to come to the park a lot when I was younger. The neighborhood was not as nice back then. My kid comes here now.”

This was not the first, and certainly not the last, time that I would meet someone with a similar story about how they quite literally grew up coming to the park, and now brought their children. Each of these stories has a similar tone to it as well: Clark Park is a safe haven for kids who learn life lessons as they take part in youth programming, and then grow up with a deepened sense of community as they continue coming back.

It is not uncommon to see Anthony, the director, walking around the park and catching up with community members. It’s actually all too common. One day, as he and I were walking around surveying the playground structures for any issues, we were stopped around six or seven times by parents with greetings for Anthony. They would talk about upcoming possibilities for the park’s future, or simple daily needs like whether or not woodchips were better than rubber grounding. Either way, everybody in the community knows Anthony. Not just because he has been around since the day in 1991 when the park was almost given up to the city, but because he is a tenacious member of the community. He is at most community meetings, he shows up to political events and functions, he helps shovels snow from the park’s parking lot along with employees and volunteers, he is at most of the park’s hockey tournaments to provide support for kids and coaches, he chaperones field trips that the park facilitates for children, should I go on?

Whether the job needs higher level meetings or intensive labor work, Anthony is customary in setting the example of helping in any which way to reach a better standard of community living.

Having settled in for a few months now, I feel deeper ties to this park and its kids. A sense of coming back and giving back is not uncommon here. It takes many hands working together behind the scenes to create a true space for all, and a pivotal community haven.

Subscribe to our Newsletter and keep up-to-date with all the events at Clark Park. 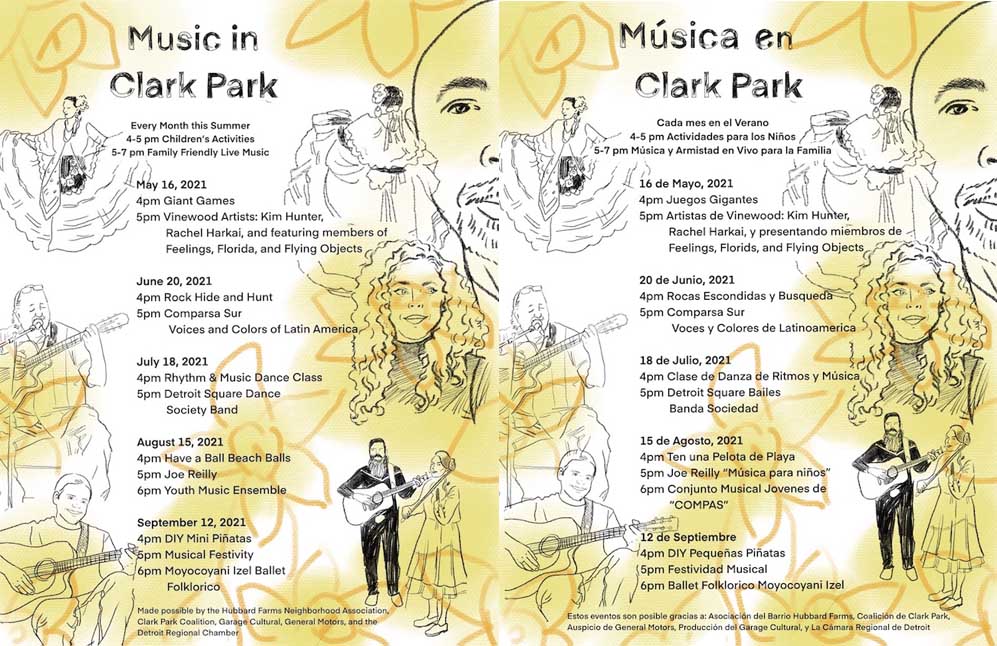